In the late 1940s and much of the 1950s, we lived in Johannesburg. Most of our friends’ families took them to places with exotic-sounding names like Durban, Cape Town, Southbroom, Margate and St Michaels, but our family almost always went to The Bungalows at the Umngazi River Mouth.

As children, we used to envy our friends. Looking back, it is our friends who should have been envying us. Idyllic and Elysium are words that come to mind. Beautiful long beaches with barely a human footprint. A few Pondo cattle standing on the beach gazing into the distance. Great waves to surf. A long lazy river. And lots of fishing.

At the time Umngazi (as we called it) was a small 10-15 bungalow establishment perched on a hillside at the mouth of the Umngazi River. It had communal showers and an unlicensed catering block.

Umngazi is located between Port St Johns (the Umzimvubu River) to the north and the Umngazana River to the south. Since then Umngazi has grown and flourished mightily. Port St Johns has not. Umgazana seemed unchanged.

Today, you can even fly to Umngazi (Port St Johns, actually) if you are willing to risk landing on a small runway perched on a cliff! Back then it was a two-day journey. The road from Johannesburg (a narrow, winding, two-lane tarred road) went through, not past, every town on the way – Volksrust, Majuba Pass, Newcastle, Ladysmith, Estcourt, Mooi River and more.

All refreshments and lunches took the form of sandwiches with drinks in thermos flasks or glass bottles. There were no fast-food outlets and we picnicked at the side of the road. I recall that most of the petrol was pumped by hand.

We stayed overnight with my grandparents who had retired to Howick.  Then on to Pietermaritzburg, right towards and through (not passed) Richmond, Ixopo, Kokstad and then left to Flagstaff, Lusikisiki and finally to the banks of the (the Umzimvubu River) where we waited for a pont (a car and people ferry that was pulled back and forth across the river!)

One year the pont had been swept away in floods and we had to backtrack and approach Umngazi via Umtata. Most of the 8-hour journey from Howick was along a dusty, corrugated, dirt road (I remember the whole family helping to push the car up a very steep and slippery hill out of the Umkomaas River.

Holidays – then, and now

Holidays then were very different from now. Three to four weeks away at the coast was the norm. Today 10 days sounds like quite a long holiday.

On the other hand, my paternal grandmother, a Sutton, who had been brought up in the Transkei (near Umtata, I believe), spoke of annual three-month summer holidays! Her holidays involved several weeks trekking by oxwagon to the coast (and at least four weeks back) – 4-5 weeks at the coast. The children had fun, but they also had chores.

The main purpose of the trip was to stock the larder for the winter months ahead. She recalled that the fishing was easy – just drop a line in with any bait on and you caught something, often a big one. And the rocks were covered with tasty mussels and oysters. Most of the fish was either pickled or heavily salted to keep them edible during the year ahead.

By the time we first got there, the fishing was good, but not that easy! It seems that ,by the late 19th century, very few people had fished the Transkei coastline for decades, if ever.

Khoi people (or Strandlopers as the Boers called them) had their idyllic beach walking lives disrupted – decimated by Xhosas moving south and the immigrants from Europe moving east and north. The Strandlopers were great eaters of shellfish. Along the coast can still be found huge middens consisting mainly of discarded mussel-, oyster-, and other shells.

When I first encountered the local Pondos they, unlike the Strandlopers that came before them, did not eat shellfish and hated even getting their feet wet in the sea. How times change. Today their descendants (the women, especially) head for the rocks at spring tide and harvest all manner of shellfish. 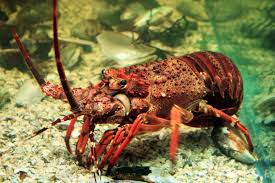 Many of the men fish nowadays. A few are intrepid divers for crayfish. Some time ago I observed a middle-aged Pondo man in the sea diving among the rocks. The sea was quite rough. He had no mask, snorkel, flippers or even gloves. His only ‘clothing’ was a piece of string tied firmly around his waist. Under this string, he had tucked his penis – presumably to make it look less obvious to the sharp-teethed eels that like to share the underwater holes where crayfish hide.

Why do crayfish share their homes with eels? Because octopuses like to eat crayfish and to eels, octopuses are a great delicacy. Imagine the three-cornered fights to the death that occur in these dark places.